Two teams driven by good rivalry that are also full of energy and willingness to face obstacles. Teams where each of them means a lot and thanks to their cooperation they are very POWERFUL. Effective Racing and Dočasky.cz. 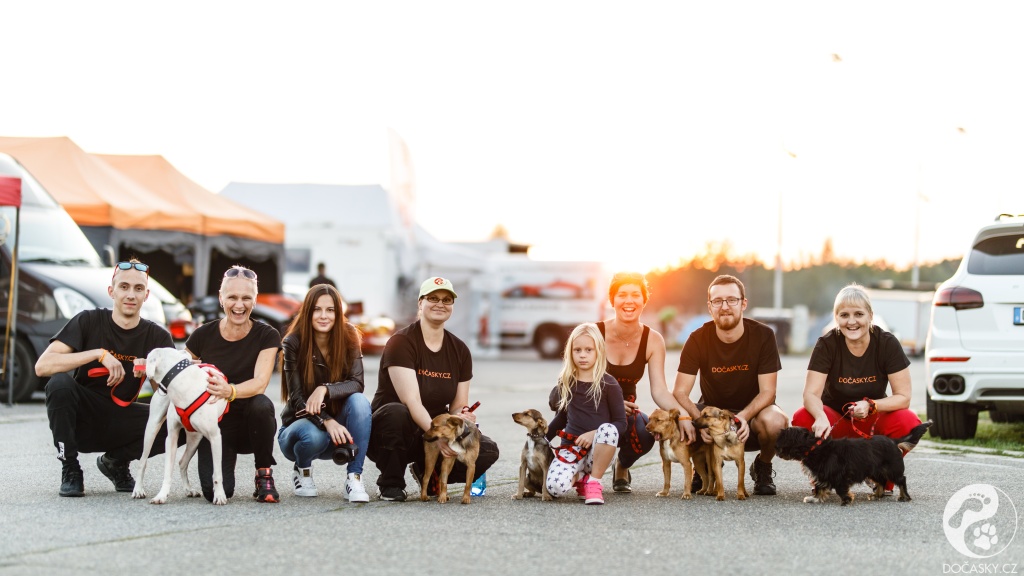 These men of high-power racing cars persuaded us about their human qualities by not hesitating to stand up for abused and abandoned dogs. Somebody as exceptional as Vladimír Netušil and his Effective Racing team, hand in hand with racing driver and automobile instructor Michael Vorba decided to help us to highlight the problematics of unsupported dogs by providing a background to photo shooting of unique promotional materials for our upcoming campaign. Effective Racing became a partner of our exhibition ‘Chcete nás?’ and Michael Vorba became a patron of Aron von Dočasky. 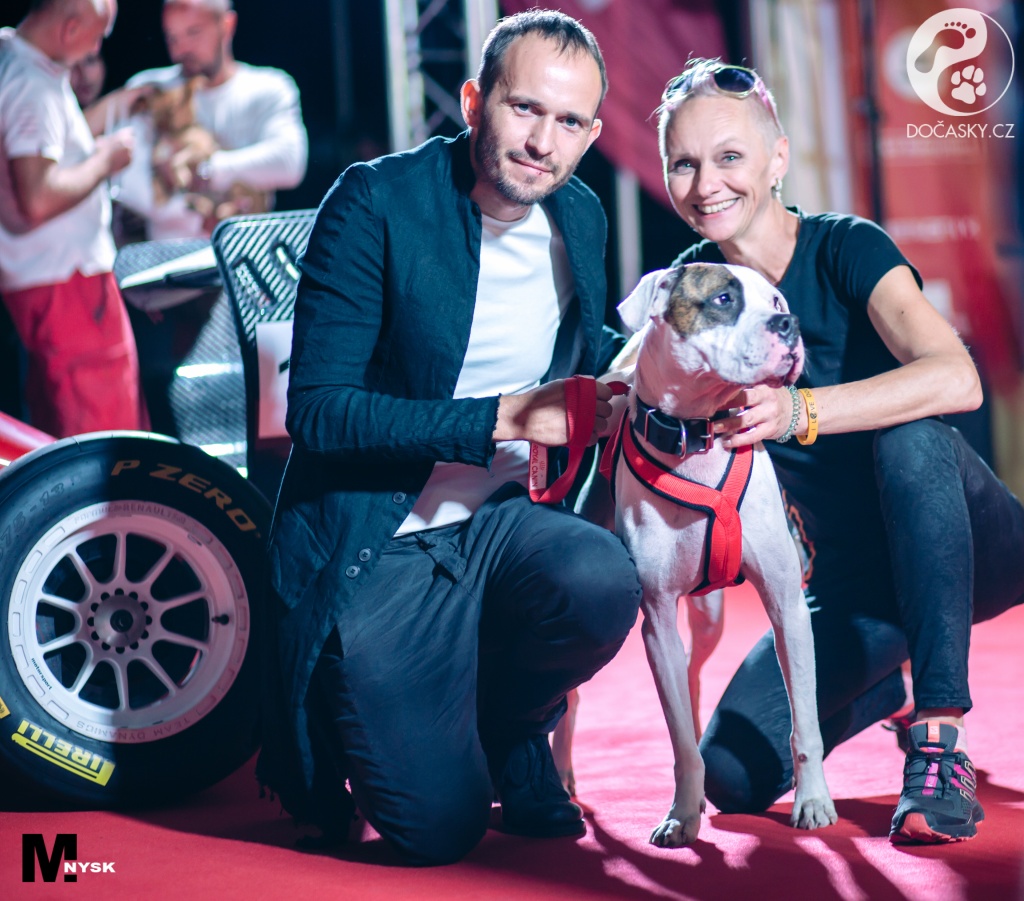 This January will make it two years since we got Aron in our care and so far we haven’t found the perfect and eligible person to whom we would entrust Aron forever. After his wild beginnings his unpredictable behaviour calmed down and he became a manageable and rebellious companion with a shaggy doglike smile. Aron is now controllable enough to be taken into the Effective Racing team crowd of fans. As you can see in the pictures attached Aron can take basic commands and we’re looking for someone who will spoil him enough, keep him on a diet, establish a strong and deep relationship with him and who will live an active life that suits Aron. Aron tends to get attached to one person and wants to have that person for himself only, so presence of other animals needs to be considered and tested, like new tires on a wet track. He loves female dogs and both human and dogs cubs (picture shows him next to promising kart racer Ema Netušilová). This feature ensures that Aron will do anything for his future owner. He is active, smart, clean and he enjoys going by car. Michael was strongly touched by Aron’s story and he decided to become his virtual owner and to do his best to find the best home for Aron.

Thanks to these outstanding men we could enjoy a fantastic afternoon and evening full of emotions at the Brno Circuit together with selected adoptive families of our dog stars. This helped us to do another important step towards our goal – to show the whole world that shelters are full of abandoned dogs and that what was ruined by one can be fixed by another.

We are very grateful and proud of the fact that the outstanding men of Czech Republic under the flag of Effective Racing team let us feel that we are not alone on our way to save abandoned and abused dogs, because strong men of motorsport are on the same side. 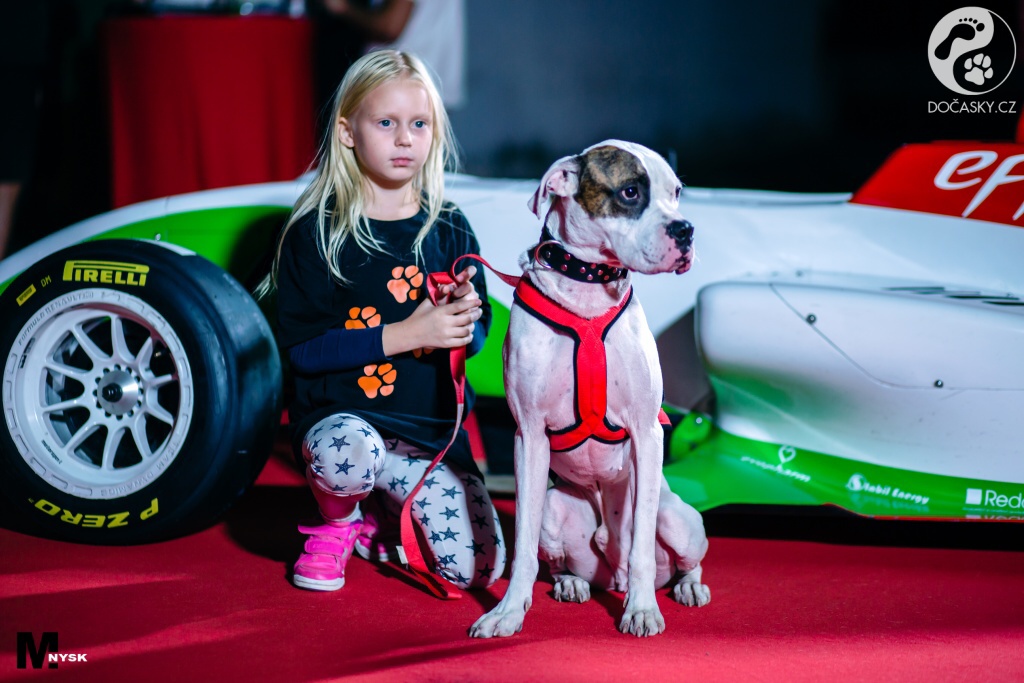 We wish the team good luck and we are looking forward to seeing them again soon.

You can see Aron this Saturday September 15 on the 6km long track of Hard Dog Race www.harddograce.cz.

We would also like to thank to the following teams: